Different Types of Batteries: Their Uses and Applications 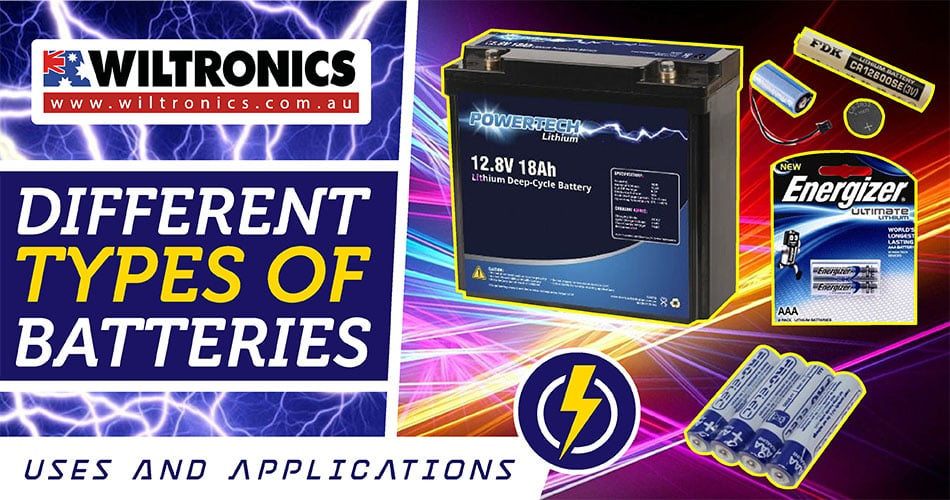 We might not realise it, but batteries play various important roles in everyday life. They’ve proven to be useful, reliable, and affordable electricity resources.

Moreover, they are the primary power source for most electronic wireless gadgets. From smartphones, laptops, to watches, clocks, smoke alarms and remotes—they’re everywhere!

You might have come across at least a couple of different types of batteries in your life. Their packaging speaks for itself; chances are, you can tell some types straight away when you see them.

But identifying each of the types and their uses can be tricky, and we’re here to help. In this article, we’ll discuss the various types of batteries.

Their specifications, classifications and terminologies are also included.

An Italian physicist, Alessandro Volta, invented the first battery in 1800. Since then, battery technology has been used around the world.

How does it work?
Chemical reactions create the flow of electrons within a circuit. The stored chemical energy is then converted into direct current electric energy.

We all know how capable a battery is for supplying electric power. But what we might not know is the underlying component inside it, which has a major part in producing voltage and current.

The Cell. This basic electrochemical unit handles the actual storage of energy in a battery.

Let’s begin with the electrodes. There are two types: the Anode and the Cathode.

The anode is the negative electrode, whereas the cathode is the positive one.

When the anode loses electrons to the external circuit, it gets oxidised. It’s also called the Fuel Electrode or the Reducing Electrode.

In contrast, once the cathode accepts electrons from the internal circuit, it gets reduced. It’s also called the Oxidising Electrode.

This is where the energy conversion happens in a battery. It’s due to the electrochemical oxidation-reduction reaction of a cell component.

The third element is the electrolyte. It acts as the medium for transferring charge in the form of ions between two electrodes.

An electrolyte isn’t electrically conductive but is an ionic conductive. It is often referred to as Ionic Conductor.

Overall, the cells in a battery provide the necessary voltage and current levels.

Electrochemical cells and batteries are categorised into two types. Although there are several other classifications, these two are the basics:

Primary batteries are non-rechargeable ones. This means they can’t be recharged with electricity.

A primary battery is a convenient sources of power for portable electronics and devices. This includes radios, watches, toys, lights, camera, and more.

Since they can’t be recharged once they run out of power, they’re the type to “discard immediately when discharged”. In short, they can’t be used again.

Primary batteries are inexpensive, lightweight, and convenient to use with no maintenance. The majority used in domestic applications are single cell type.

They usually come in a cylindrical form, such as Alkaline batteries. They got their name from the electrolyte used in them: potassium hydroxide—a pure alkaline substance.

This type of primary battery is a chemical composed of zinc (Zn) and manganese dioxide (MnO2). It has a power density of 100 Wh/kg.

Other shapes and sizes of a primary battery include a coin-shaped one,  a.k.a. coin cell batteries. They are often used in torches, remotes, wall clocks, small portable gadgets, and more.

The chemical composition of a coin cell battery is also alkaline. But it also contains lithium and silver oxide chemicals.

These compounds make this small battery more efficient, providing steady and stable voltage. It has a power density of 270 Wh/kg.

Other types of primary batteries include:

The main advantage of these batteries is they can be recharged and reused. Hence the other term: rechargeable batteries.

Secondary batteries usually cost more than primary ones. But considering they’re rechargeable, they can have a longer lifespan.

In the first application, secondary batteries supply and store energy for devices such as:

This means they’re used as energy storage devices where they’re electrically connected to the main energy source. At the same time, they’re charged by it, supplying the needed energy.

For instance, a UPS. It’s a battery backup, especially for computers. It provides reserve power when your regular power source fails.

As for the second application, rechargeable batteries also work for portable electronics like:

Once they’re completely or almost discharged, they can be recharged with a charging mechanism.

For example, smartphone batteries. Most models have a lithium-ion battery that lives longer when charged often.

This type of battery acts as their main power source, their primary one. But unlike the standard primary batteries, lithium-ion is rechargeable and reusable.

For one, instead of discarding it, you pull out your cable wire or charger then plug it into a socket to charge it.

Another great example is the lead-acid batteries found in most cars and vehicles. It comes with a nominal voltage starting from 2V to 24V with a 7 Wh/kg power density. Plus, it’s considered one of the four major types of secondary batteries, along with lithium-ion.

Other major types of rechargeable batteries include:

Primary and secondary batteries are both used in a lot of appliances, such as:

Choosing the right battery for your needs

Performance and cost are the main characteristics you should look for when buying batteries. On top of these two, you also might want to consider the following:

Are you looking for a certain type of battery for your household needs? Look no further than our great selection of batteries, from Alkaline to Lead-acid. 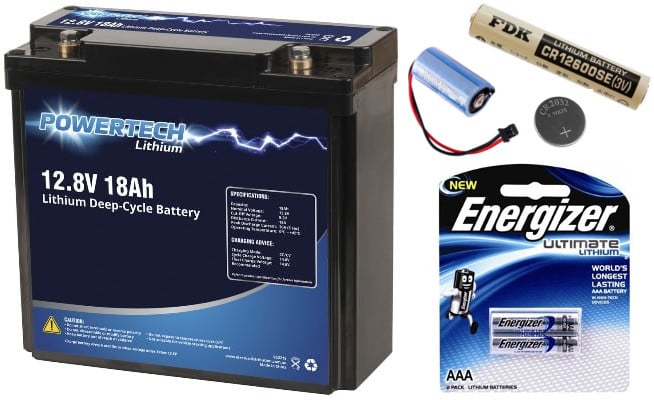 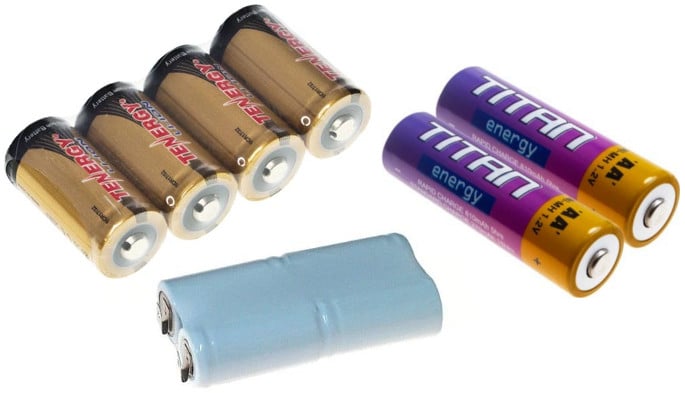 In a life full of energy you don’t want to be stopped. That’s why you use rechargeable batteries – you’ll never run out if you keep some of these handy batteries charged! 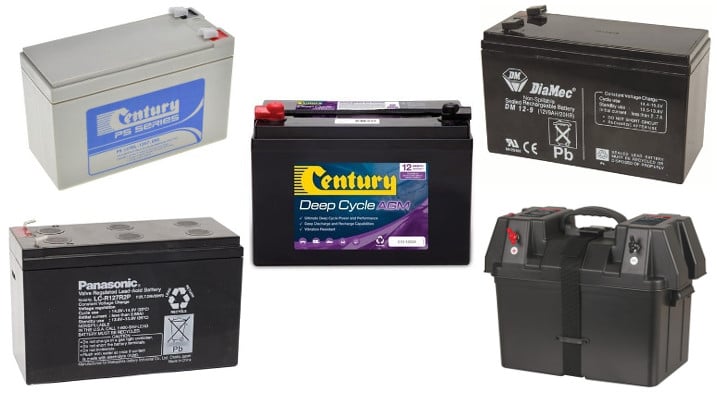 Remember! Don’t throw your batteries in the bin. Find a nearby recycling outlet at Recycling Near You.